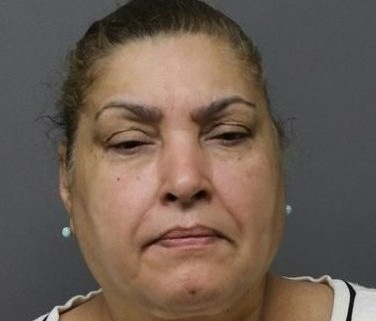 A Bogota, NJ woman and her daughter were charged Tuesday in a scheme to steal cash from Bank of America customers using an investment account, the office of Bergen County Prosecutor John Molinelli said in a statement.

Sylvia Sturm, 59, was arrested Tuesday and charged with theft by deception and misconduct by a corporate official. Her daughter Jennifer Cruz, 34, faces identical charges but was still at large. A warrant has been issued for her arrest, Molinelli said.

The two were charged following a report of fraud by the bank. The prosecutor’s office White Collar Crime Unit launched an investigation and determined that the two were taking part in a phone phishing scheme in which victims were encouraged to wire money into a Bank of America account opened in Cruz’s name. Victims were told the funds would be placed in an investment portfolio controlled by Spot FN, a binary options trading company. Instead, the funds were withdrawn from Cruz’s account and used for personal expenses, Molinelli said.

Heroin distribution in NJ by Juan Martori
Scroll to top